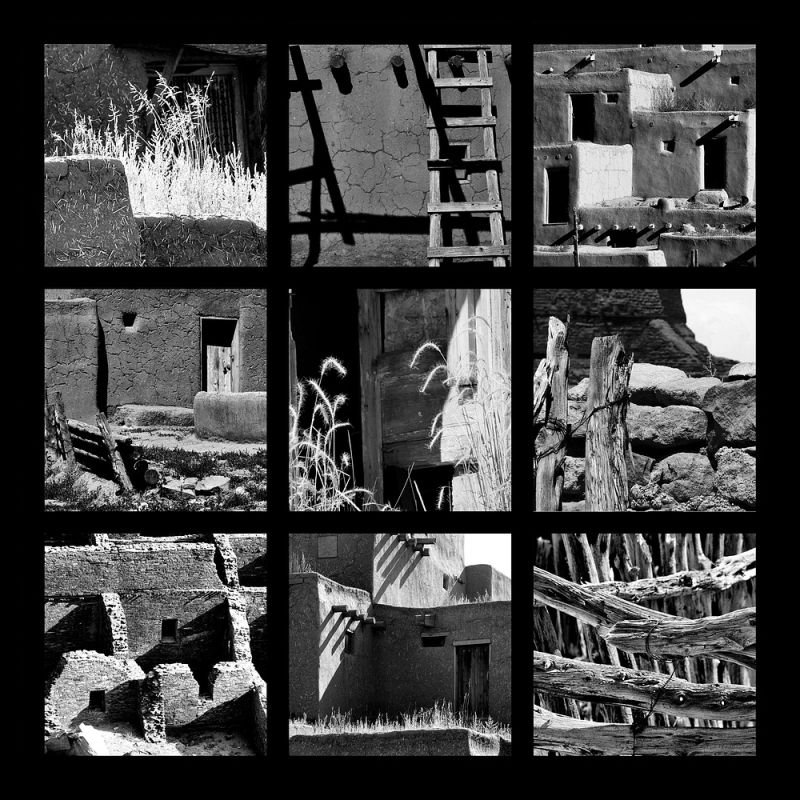 “A representation or reproduction in black and white or in varying tones of only one colour.”

In photography ‘monochrome’ may also refer to sepia images, displaying tones from light tan to dark brown or cyanotype (“blueprint”) images, and early photographic methods such as daguerreotypes, ambrotypes, and tintypes, each of which may be used to produce a monochromatic image.

In the early days of photography, photographers had no choice but to take pictures in black and white, as it was the only available medium. In 1936 the invention of Kodachrome enabled use of colour, but black and white photography continued to flourish, many photographers regarding it as the purest form of photography. Colour can be seen as a distraction, taking attention away from texture, tonal contrast, shape, form and lighting.

The two works on show by Daniel Shiel are from a collection of photographs taken in New Mexico. They relate to how memories of locations or settings are though of as a series of views or particular details that cannot be represented as a single images. The resulting collage pieces combine to form a broader sense perspective and a deeper feeling of the atmosphere of two native American settlements.

Monochrome is on at the Mill Bridge Gallery until 21st December 2013.