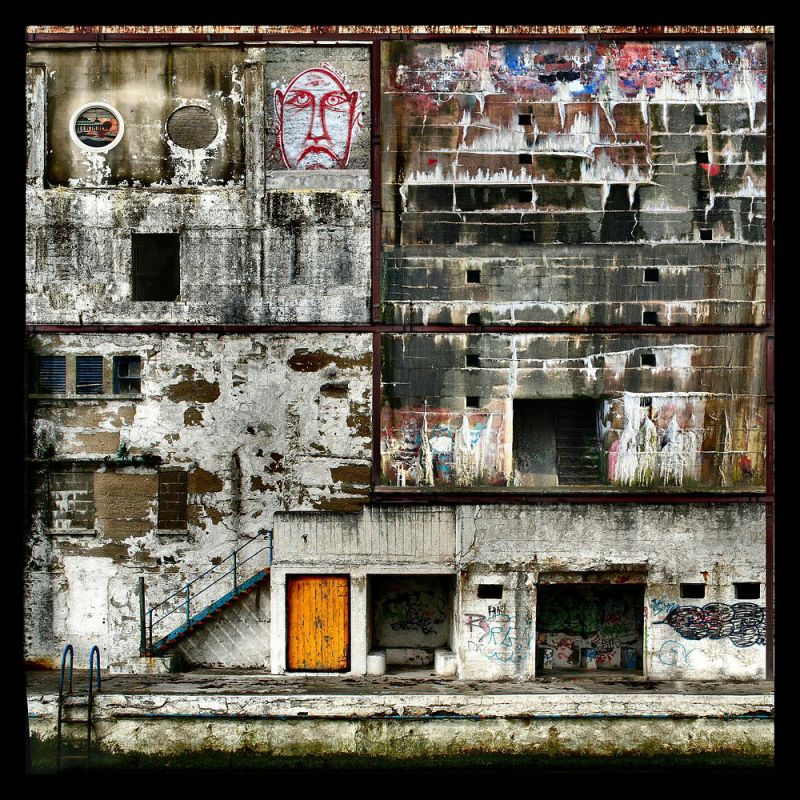 ‘Lido’ is one of twelve ‘sketchy’ pieces I put together for a joint exhibition at the Cupola Gallery in Sheffield last year. This particular piece is a little special in that I found myself being drawn into it as I worked on it. The image, mostly made up of photographs of decaying concrete, was assembled from photos of remains of the Lido in Dun Laoghaire and the dry dock used by the Titanic in Belfast. Other elements, structural details and objects that draw the piece into a whole, came from other widely scattered locations.

When developing pieces I’m looking for photographs that have a certain peculiar atmospheric quality. Once stripped of their original context and merged together, the new structural and landscape images emphasise the edginess I feel when I’m out with my camera in these locations. When I’m developing the collage pieces I’m often groping to create something and not at all sure where I’m going, but this one seemed to develop almost by itself. It has a strong atmosphere of uncertainty; the image lying on the border between reality and the surreal. ‘Lido’ is one of my favourite pieces and I very much enjoyed putting it together.

‘Lido’ has been selected as one of the finalists in the ‘Best Shots competition 2013?.